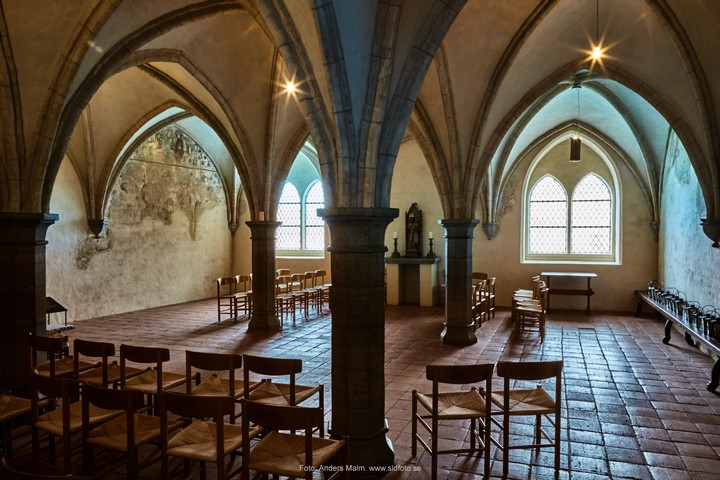 The Sancta Birgitta Klostermuseum has reopened after a Corona-related break and welcomes visitors with a redesigned exhibition and two special exhibitions.

The eighteen other museums in the municipality and the permanent exhibition on the chemist Jacob Berzelius, discoverer of five elements and founder of the chemical periodic table, testify to an incredibly wide range and quality. 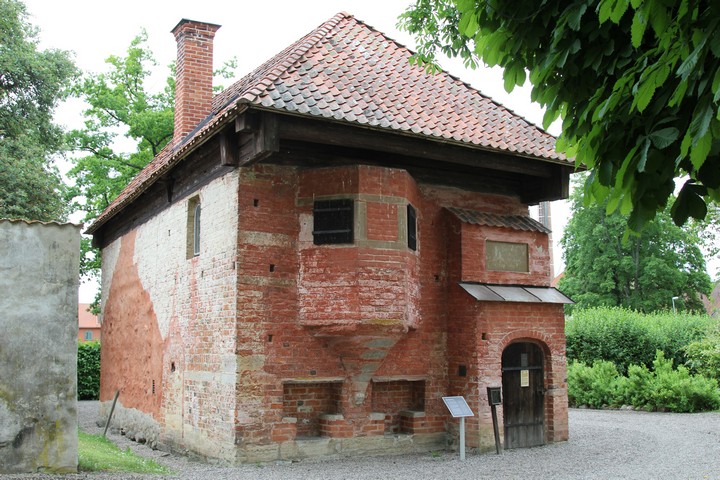 In Vadstena, Sweden's first central hospital for the mentally ill was set up in 1826 and Sweden's first doctor in psychiatry - Georg Engström - was employed. Vadstena had good conditions as a hospital town. The town had had a long tradition of hospital care: Mårten Skinnares Hospital, founded in 1519, and the Holy Spirit Hospital, which was established in 1400 at the time of the monastery. For 140 years, the former nunnery had also been used as a Veteran’s home for wounded and old soldiers (1643-1783). 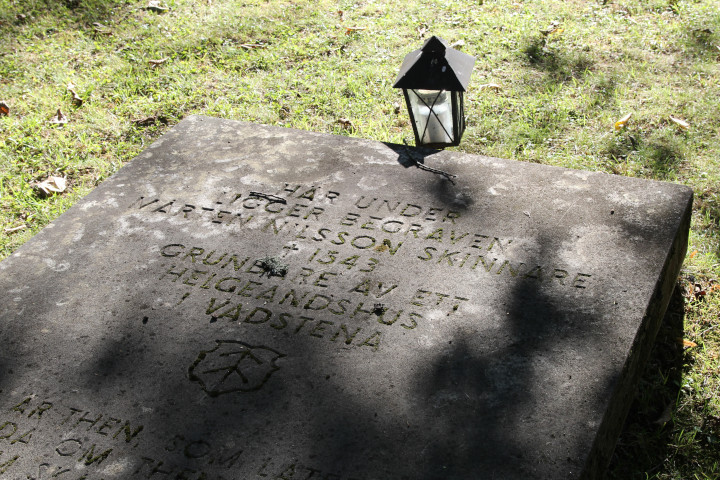 In 1346 King Magnus Eriksson and Queen Blanka testamented their royal palace from about 1260 for the foundation of a royal burial church with an adjoining monastery. At the same time, Birgitta Birgersdotter received revelations in which God gave her the task of establishing a new monastic order based in Vadstena. In the end, Birgitta's vision became reality and Vadstena became the Mother Monastery of the Order of the Most Holy Savior and Birgitta respectively.

Vadstena has preserved a lot of its medieval surroundings. The oldest building, Folkungaättens palace, was built in the 1260’s and became a part of the Birgitta systers’ first monastery in the 1300's. In Vastena’s oldest square (Rådhustorget) you can find the town hall that was built shortly after Vadstena received its city charter in 1400. In the square you can also find houses from every century between the 15th and 21st century. Between the old monastery and the castle there a several old, preserved buildings. Even around the hospital area, behind the monastery wall, there are many more old buildings remaining. 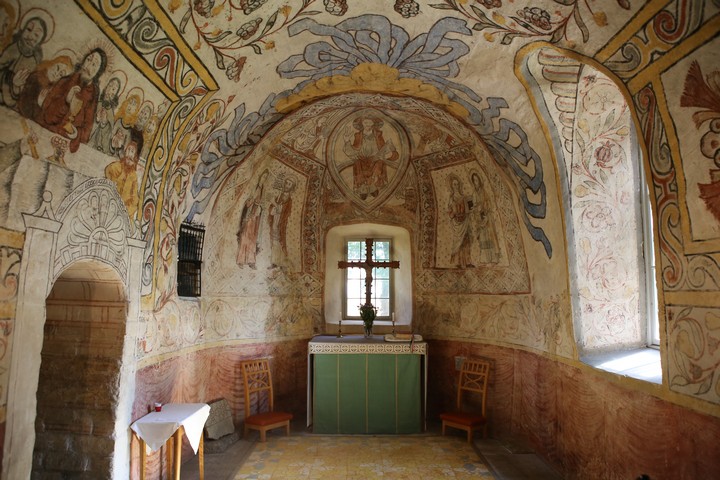 The medieval abbey church overlooks the town and is Vadstena's most important landmark. It was built between 1384 and 1430 according to the specifications of St. Birgitta: smooth, humble and strong.

On the plains just outside Vadstena there are other medieval churches, of which Herrestad (1112), Örberga (1116) and Hagebyhöga (1120) are among the oldest churches in Sweden.

Furthermore, there are two active monasteries in the parish of Vadstena, that of the Birgittine (or Bridgetine) Nuns (Pax Mariae) and that of Mary's daughters (Abbey of the Holy Heart) at the Omberg and further church rooms and free churches. 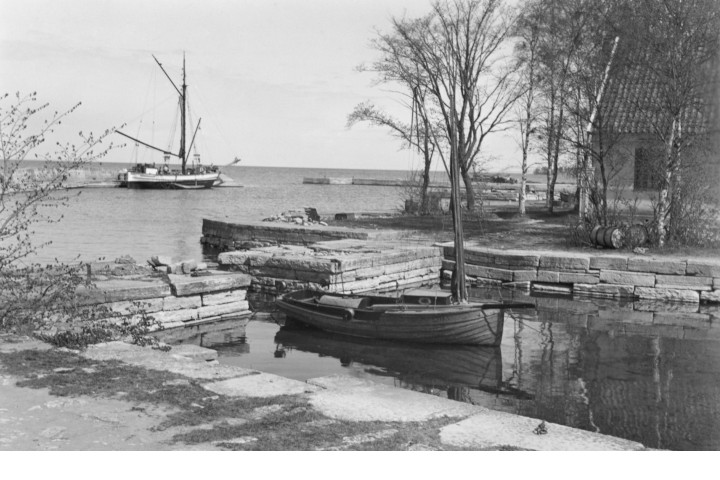 The area at the foot of the Omberg, which in the government decree on monument protection 28.01.1993 is called "Borghamnskool" ("Byggnadsminnet Borghamnskolan"), is the largest and oldest listed area of Vadstena with industrial background. In addition to 22 buildings, the entire harbour, Bockakyrkogården with its surrounding pastureland with oak trees and the dog graves at the entrance to Borghamn Strand are listed buildings.

Borghamn was founded by the Göta Canal Company in 1810-1827 and was a prison and work station under the direction of the Crown Labour Corps from 1842-1894.

The Omberg is situated in Östergötland on the shore of Lake Vättern. This mountain is Sweden's most species-rich forest landscape with many rare natural environments. The bold beech forest on the slope of Vättern, the giant oaks in the pasture landscape and the colourful mowing meadows are just three examples.

A mile-long steep bank characterizes the mountain to a large extent. Visitors can enjoy the fantastic view from Hjässan - Omberg's highest point -, walk among giant oaks and more than 100 years old fir trees or be enchanted by beautiful orchids in Omberg's limestone moors.

Borghamn is the largest village in Vadstena's southern community. The latter is often referred to as Dal or Östgöta Dal. Dals härad (Hundred), was a legal entity, which in the Middle Ages was formed by the small rural communities of Väversunda, Rogslösa, Källstad, Herrestad, Örberga, Nässja and, for a time, St. Peter's (St. Per) and Strå. For many years Västerlösa Gård was the residence of the Hundred's governor at the entrance to Borghamn. 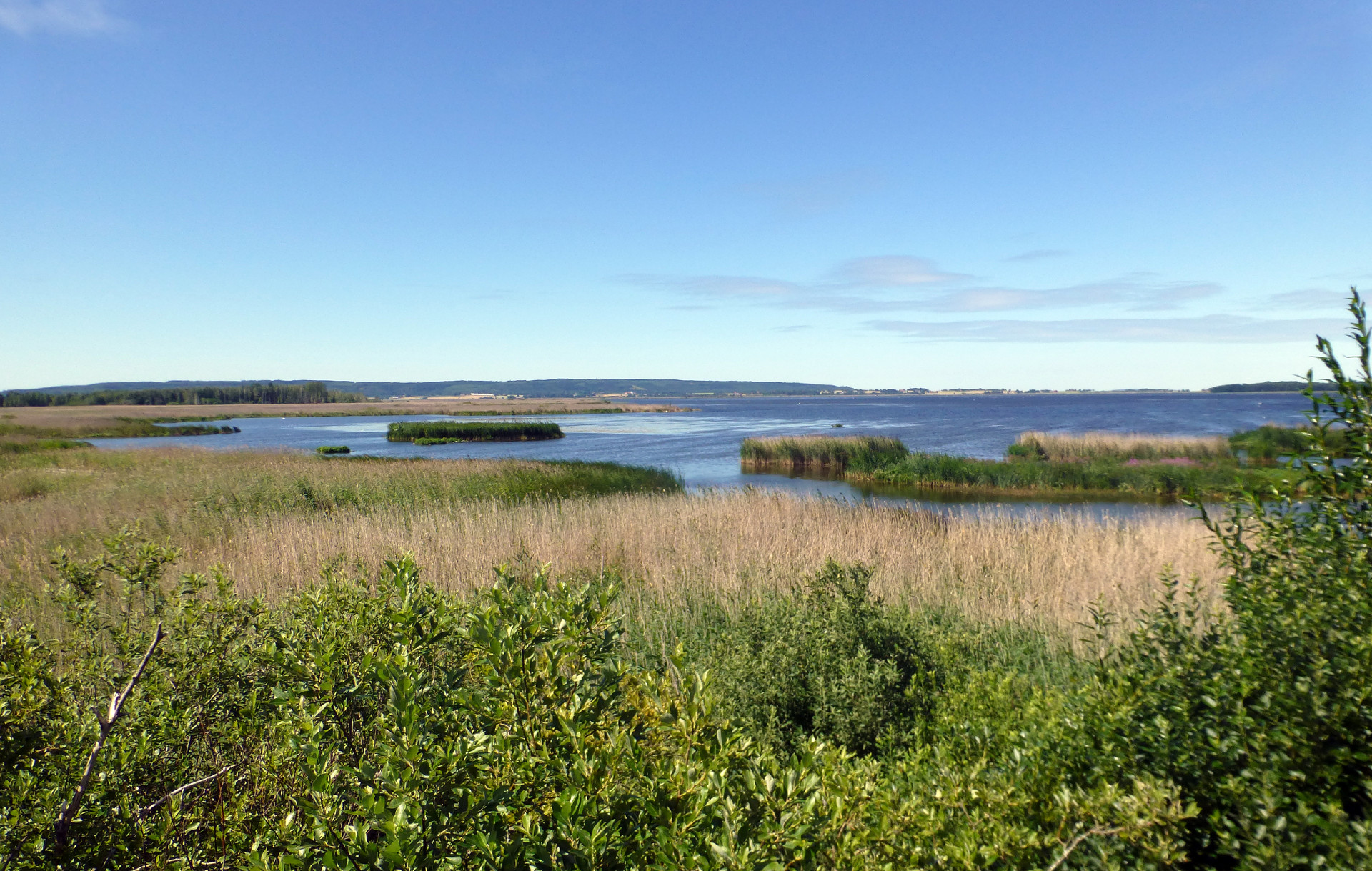 The bird lake Tåkern is located in the southwest of Östergötland, directly east of the famous Omberg and Lake Vättern. It is one of Europe's most important breeding and resting places for many bird species. Up to 270 species were counted here, and about 120 species have their breeding places here. The Tåkern and its surroundings are designated as a nature reserve (54 km²) and are listed as a so-called Ramsar area according to the European Convention on Wetlands.