In Vadstena, Sweden's first central hospital for the mentally ill was set up in 1826 and Sweden's first doctor in psychiatry - Georg Engström - was employed. Vadstena had good conditions as a hospital town. The town had had a long tradition of hospital care: Mårten Skinnares Hospital, founded in 1519, and the Holy Spirit Hospital, which was established in 1400 at the time of the monastery. For 140 years, the former nunnery had also been used as a Veteran’s home for wounded and old soldiers (1643-1783).

The hospital grew strongly and many buildings were added. The number of inmates and patients increased from 80 (year 1703), 200 (year 1826) and 900 (year 1895) to 1100 in the 1960s. In the middle of the 20th century, however, most of the hospital buildings had become outdated. For this reason, a completely new hospital town was built behind the old hospital district - the Birgitta quarter. With approximately 1000 employees, Birgitta Hospital was the largest economic factor in the small town of Vadstena until the closure of the psychiatry after the transition to open treatment. Today, only the Regional Clinic for Psychopaths with 76 seats is located in Vadstena. It is one of five clinics in the country and will be modernized and expanded.

The Great Madhouse from 1757 now houses the hospital museum. On two floors one can inform oneself about the history of the hospital from the 15th century until present time as well as about the treatment of mentally ill patients from safekeeping and closed ward to today's open treatment.

Guided group tours in the museum and hospital district can be booked all year round. 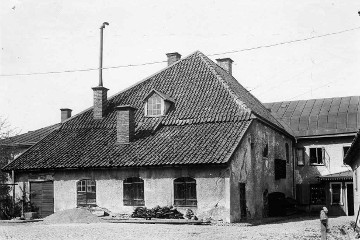 1. Helgeandsgården (Holy Spirit Hospital)
The Helgeandsgården was first mentioned in a papal bull from 1399 and placed under the monastery. It was a medieval institution for the elderly, the poor and the sick. After a devastating fire in 1487, the present court was built. It was the home of several provincial governors. The courtyard received its present appearance with symmetrical wings in the 1770s, while today's façade dates back to 1868. Since 1903 the Gamla Konditoriet ("Old Confectionery") has been located in the corner house. 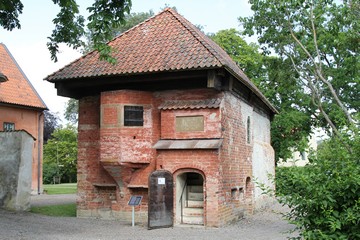 2. Mårten Skinnares House
In 1519 the merchant Mårten Nilsson "Skinnare" took the initiative for a hospital foundation and set up a new hospital for the poorest people and pilgrims east of the monastery. The buildings were made of wood, with the exception of a natural stone storehouse.

King John III began building a new brick hospital in 1587. The only building that has been erected is the building currently on the hospital grounds - a rare and well-preserved late-medieval residential building, which can also be visited from the inside on guided tours. 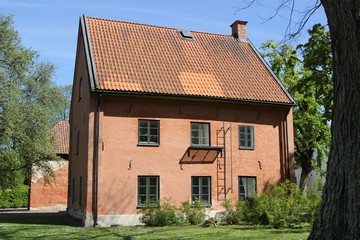 3. Stora Dårhuset (Great Madhouse)
The "Stora Dårhuset", built in 1757, was Sweden's first hospital exclusively for the mentally ill. It offered space for twelve "miserable, insane and raving" persons. After its patients were later transferred to other areas of the hospital, the hospital bakery was housed there until 1955. Since 1977, the hospital museum has been located in the "Great Madhouse". 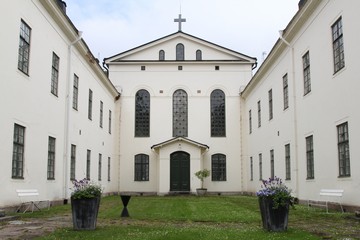 4. Trefaldighetsgården (Trinity Court)
In 1704 the hospital moved to today's location at the Lastköpingsgatan. Two parallel wooden wings were erected there for 80 poor and sick people. Only fifty years later, they were replaced by brick ones. The new Church, called the Holy Trinity Church, was consecrated in 1750. 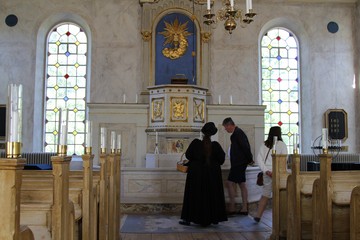 During the extension in 1856-1860 the Holy Trinity Court received its present appearance. The courtyard was doubled in length and extended. A new church has been built on the upper floor. 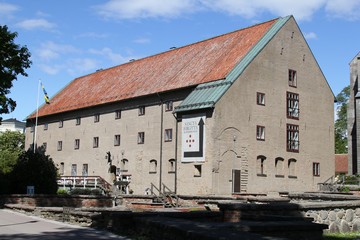 5. Nunnery
After the monastery had been closed in 1595 as last Swedish monastery after the reformation, the area of the monastery was redesigned to accommodate invalids from all battlefields of the Great Power era. During the reign of Queen Kristina, Europe's first home for the war-disabled was built here. Later, the nunnery was for a short time a so-called correctional institution, i. e. a prison for the purpose of social rehabilitation of its inmates, and from 1829 mental hospital.

In 1951 the hospital moved to the new Birgitta quarter. The north wing was restored after it had been discovered that it consisted of the former royal palace of the Folkunger dynasty from the 13th century.

In the 1960s, the west wing was converted into a guest house for the Birgitta Foundation. In 1988, the monastery hotel was created from this. 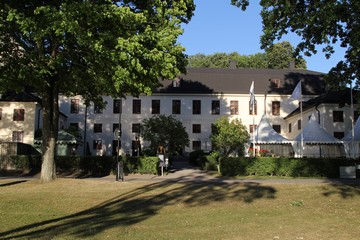 6. Friary
The monks' convent also belonged to the war-disabled hotel. It was completely rebuilt in the 1760s. Among other things, an inspector's apartment was built on the new upper floor.

Twelve years after the closure of Krigsmanshuset, the so-called "Kurhus" was opened here in 1795, i.e. a hospital for venereal diseases with room for 40 patients. In 1847, the "lazaret" was established here as the town's general hospital.

The Munkklostret (monks' convent) restaurant and the reception of the monastery hotel are located here today. 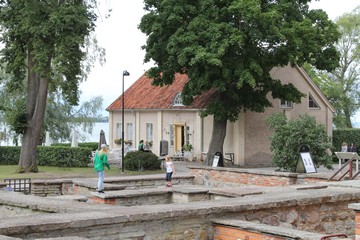 During the summer months, the monastery hotel opens its summer café here. 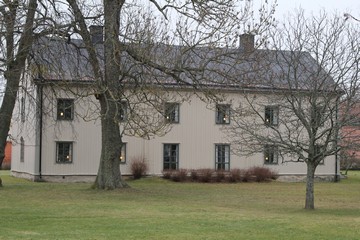 8. Empiren
Around 1840, the so-called Empirevilla was built in the nunnery garden as a first-class department of the women's mental hospital. Today, the building is used by the Vadstena Adult Education Centre (Vadstena Folkhögskola). 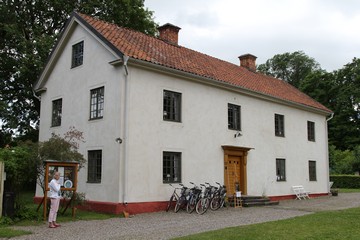 9. Dahlströmska Gården
In the 1830s, the property, known as Dahlströmska Gården, was purchased for the purpose of expanding the Vadstena Hospital. The northern wing is the former residential building, while the southern wing was made of timber from the former seed magazine. Both houses have been designed to accommodate "mad people from the educated classes" - a madhouse for paying upper class patients. Staff members were taken with them, and the rooms were covered with wallpaper according to the fashion of that time.

The floor plans of the hospital still exist. The buildings offer a fascinating insight into the care environment of the privileged with beautiful, colourful wallpapers, wooden floors and mirror doors.

The hospital was here until the 1950s. Dahlströmska Gården - B&B, Bed & Breakfast opened in 2009 after extensive restoration work.

10. Ludvig Wilhelm Gahne's Grave
In the former hospital cemetery in Vadstena, a single gravestone has been preserved. It stands at the tomb of Ludvig Wilhelm Gahne, who suffered from epilepsy and was admitted on 23 June 1854 at the age of 17 years. He had previously completed a "trial cure" at the Visby hospital. Gahne died after a short time on December 11,1857.

11. Birgitta Hospital Quarter
At the beginning of the 1940s, a new, modern hospital town, the Birgitta Hospital, was built east of the old hospital. Today, only the Regional Judicial Psychiatric Clinic is still active in this area, while the majority of the buildings have been used for new purposes, for example as community administration, medical centre and high school.

12. Regional Clinic for Psychopaths
In Vadstena there is one of five regional clinics for psychopaths in the country. It is used as a common resource for Sweden's southeastern health care region.

The clinic mainly treats people who have committed crimes under the influence of a serious psychiatric disorder and therefore cannot be sentenced to prison.

Today's clinic started operating in November 1986. The buildings from the 1950s are now considered obsolete. Against this background, completely new venues were built for judical psychiatry and the new clinic was inaugurated in the spring of 2017. 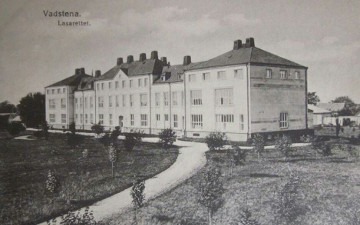 13. Vadstena hospital ("lazarett"), Motalagatan
In 1908, this new building on the Motalagatan was built for the general hospital. In 1970 another move took place, this time to Motala. 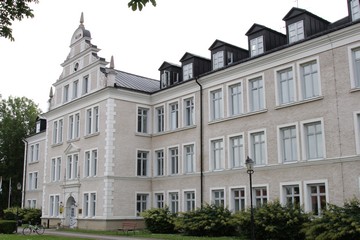 14. Asylum
The park was created in 1548 by King Gustav Vasa as a palace garden. Before that, citizens of Vadstena had owned their own gardens here.

In 1871, a sugar factory was built in the garden, and after a few years its operation ended with bankruptcy. After that, a tobacco factory was established in the premises in 1887.

In 1895, the building received its present appearance when it was converted into an asylum and extended, i.e. turned into a mental hospital for male patients. The architecture is similar to that of the castle. Asylum, also known as southern hospital, was in operation until 1973.

In 1986, a far-reaching reconstruction was carried out into apartments, business premises and public library.

The remaining buildings in the Asylumpark are a ground-level building at Slottsgatan from the 18th century, Baron Steijer's Pavilion from 1844 and the larger senior physician's villa from the 90s of the same century. 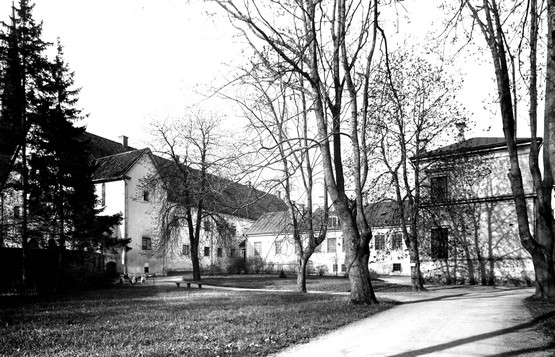 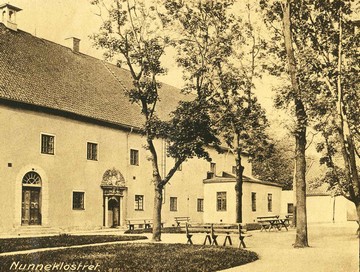 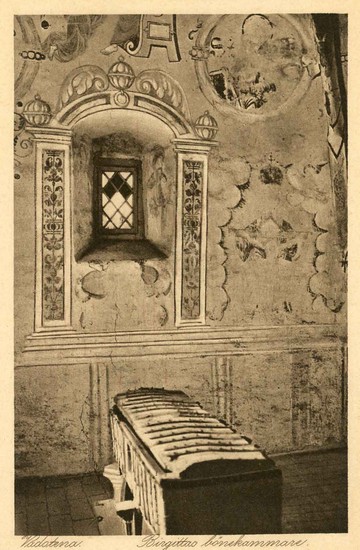 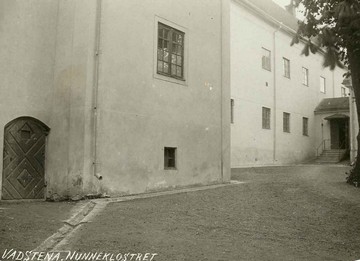 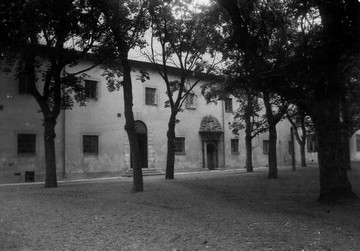 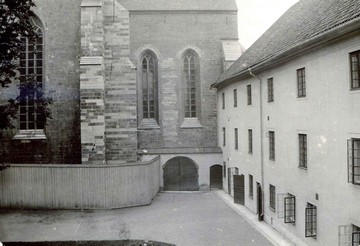 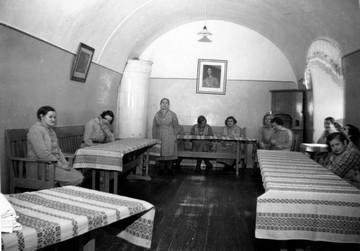 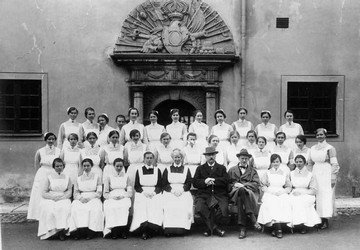